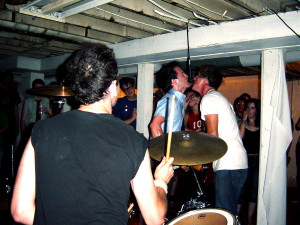 PTERODACTYL was founded with Joe Kremer and Kurt Beals in 2003, and went through many transformations in its ten year history, from angular, punchy “art-punk,” to experimental, melancholy psych-rock. Mostly, though, it was a collaboration between great friends. The band toured Europe twice, in 2010 and 2012, and went on several full U.S. tours. Their three U.S. releases were all on Oneida’s Brah Records. The EP “Arnold’s Park” was released on vinyl on Deleted Art, and tape/mp3 on Soungs. 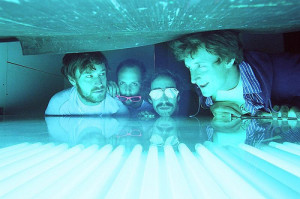 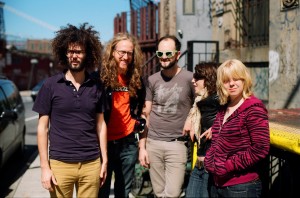 STARRING was founded with Michael Gallope in 2008, and has so far released two full length records. Alternately dubbed “sparkle prog” and “kraut punk,” they have a bombastic and playful yet cerebral approach. They tour and record whenever their far-flung members (Brooklyn, San Diego, Minneapolis…) can get together in the same place for a few weeks.  Their latest release was on Northern Spy Records. 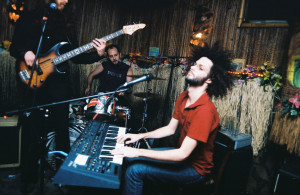